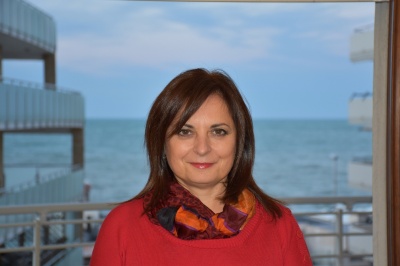 The association between depression and migraine appears stronger in the form with aura than that without aura. In patients with migraine-associated depression, the symptoms of the migraine attack, including osmophobia and allodynia, are positively correlated with the severity of depressive symptoms. Moreover, those suffering from depression seem to be more inclined not to respond to anti-migraine treatments and suffer from abuse of symptomatic drugs (5,6,7).

Longitudinal observations have provided some evidence to support the existence of a bidirectional pathogenetic relationship between migraine and depression (5,6,7).

The risk of suffering from bipolar disorder is about twice as high in migraine patients as compared to non-migraineurs. Conversely, in patients with bipolar disorder, migraine is related to some negative prognostic factors such as early onset, more rapid cycles and more severe and more frequent depressive episodes (8).

In the migraine population, anxiety disorders are even more common than depressive disorders, including generalized anxiety, obsessive-compulsive disorder, and panic disorder.

A possible bidirectional causal relationship with migraine has also been hypothesised for anxiety. Studies on the polymorphism of the serotonin transporter gene have shown in both conditions a higher frequency of the allele s, suggesting the possibility of a common genetic basis (5,6,7).

Post-traumatic stress disorder, sometimes related to a personal history of abuse or neglect, also appears to be particularly frequent in patients with migraines (5,6,7).

It has been shown that the degree of disability, and the direct and indirect costs of migraine increase with the frequency of attacks and in relation to psychiatric comorbidity (9).

Psychiatric comorbidity is also considered among the risk factors of chronic migraine, which can be modified, if the psychiatric disorder is diagnosed and treated appropriately (5,6,7).

The frequency with which migraine is associated with psychiatric symptoms and disorders is so high that it is unlikely that their connection is causal. To explain this association numerous theories have been advanced that call into question a possible common neurotransmission, serotoninergic or dopaminergic dysfunction. An important role could be played by stress (also caused by the repetition of attacks) and by the consequent hyperactivity of the hypothalamus-pituitary-adrenal system (6).

Neuroimaging studies show in the migraine patient the presence of functional or structural alterations in the brain areas involved in the emotional response to pain such as the anterior cingulate cortex, the insula, the prefrontal cortex, the hippocampus and the amygdala (6). These alterations have been interpreted as an expression of an abnormal affective-motivational process of nociceptive stimuli that includes emotional reactions to pain, light, noise and odors (6). In confirmation of this interpretation, it has been found that migraineurs show a greater activation of these areas in response to a painful stimulus compared to non-migraineurs and that, in conditions of rest, are characterized by a stronger connectivity between affective-motivational areas and those responsible for discriminating sensory stimuli. Similar aspects have also been found in patients with depression and other psychiatric disorders, suggesting that they may in some way represent a common pathogenetic link (6). The analysis of genetic study data conducted on large case studies indicates that at least in a subgroup of subjects, migraine may be a symptom or a consequence of depression (6).

However, according to the experts who have drafted the current international classification of headaches, the scientific evidence available so far is not sufficient to demonstrate with certainty the existence of a causal relationship between depressive disorders, anxiety disorders or related disorders to stress/trauma and migraine or other forms of headache, therefore the headaches attributed to these psychiatric disorders respectively are not recognized as nosological entities to be used in clinical diagnosis, but are listed in the appendix with the indication to use them only for research purposes (10) . There are only two exceptions: headache attributed to somatoform disorder and headache attributed to psychotic disorder (10).

From the clinical point of view, in migraineurs, comorbidity with symptoms or psychiatric disorders must always be sought and the diagnosis can be facilitated by semi-structured interviews and ad hoc questionnaires.

There are few studies on the effects of anti-migraine therapies on psychiatric comorbidity and although no final conclusions can be made so far on this aspect, some evidence on small patient samples shows that early and specific treatment of the migraine attack leads to an improvement in depressive symptoms detected with specific scales. Similarly, preventive therapy with botulinum toxin in migraineurs with anxiety and depression seems to induce, in parallel to the control of migraine, also an improvement of the psychiatric pathology, detected through the reduction of the scores reported in specific scales [eg. Beck Depression Inventory, Generalized Anxiety Disorder Assessment (7) (6)].

In some cases psychiatric consultation is important both to define the diagnosis and to coordinate the therapeutic interventions.

In the choice of the therapeutic program it is necessary to avoid drugs recognized as effective in anti-migraine prophylaxis but able to worsen the concomitant disorder (eg. topiramate in case of migraine and depression).

Drugs, possibly in monotherapy and in low doses, that are able to control both disorders (eg. propranolol in cases of mild anxiety) should be preferred.

The association with non-pharmacological treatments (progressive muscle relaxation, biofeedback, cognitive-behavioral techniques) can have synergistic therapeutic effects with longer lasting benefits and without side effects (6).

In this category of patients it is important to evaluate the presence of overweight and plan an appropriate diet (eg. ketogenic diet) associated with behavioral standards that will integrate the remaining therapy by also counteracting the potential undesirable effects on weight caused by certain drugs (eg. amitriptyline, flunarizine, etc.).

In conclusion, from the epidemiological, socio-economic and clinical point of view, the problem of comorbidity between migraine and psychiatric disorders appears to be significant, but further studies are needed to establish its nature with certainty.